Australian triathlete Moya Johansson, and her boyfriend (and Australian Pro Triathlete) Kieran Roche have been busy the last few months keeping fit and the base miles high in beautiful New South Wales in preparation for lockdown to lift and racing to pick up again.
In their downtime, they've managed to get their hands on some sweet new Dare MR1s road bikes to mix it up a little when they're not riding their TT bikes and they put together a great "how to video" on building a road bike! Now they told me that this was their first time building a bike from scratch but it seems like they managed quite well on their own and Kieran managed to keep is fresh white shoes clean the entire time, something I struggle doing on a day to day basis. Now while this video isn't going to be super in-depth it'll give you a good sense of the process of building a bike from scratch. Stay tuned as there will be some follow up videos from these two of getting these bikes out on the open road!
Moya has been riding a set of our 62 Carbon Aerodynamicists wheels on her Dare TT bike for the last few months but for this road bike project she's opted to put on the 52 Carbon Aerodynamicists so that she can still get the nice aero benefits when riding around NSW and getting some local QOMs.
In some return to racing news, Australia has been opening up a bit more than the rest of the world the country has managed to safely organize a few races including Ironman 70.3 Sunshine Coast & Ironman Cairns! Although they're being very restrictive of which states can be allowed to participate in, it'll be nice to get a little race coverage and see how some of Australia's triathletes have been keeping up with quarantine fitness. Moya and Keiran are patiently waiting to hear if they'll be permitted to race in a few weeks! Fingers crossed! 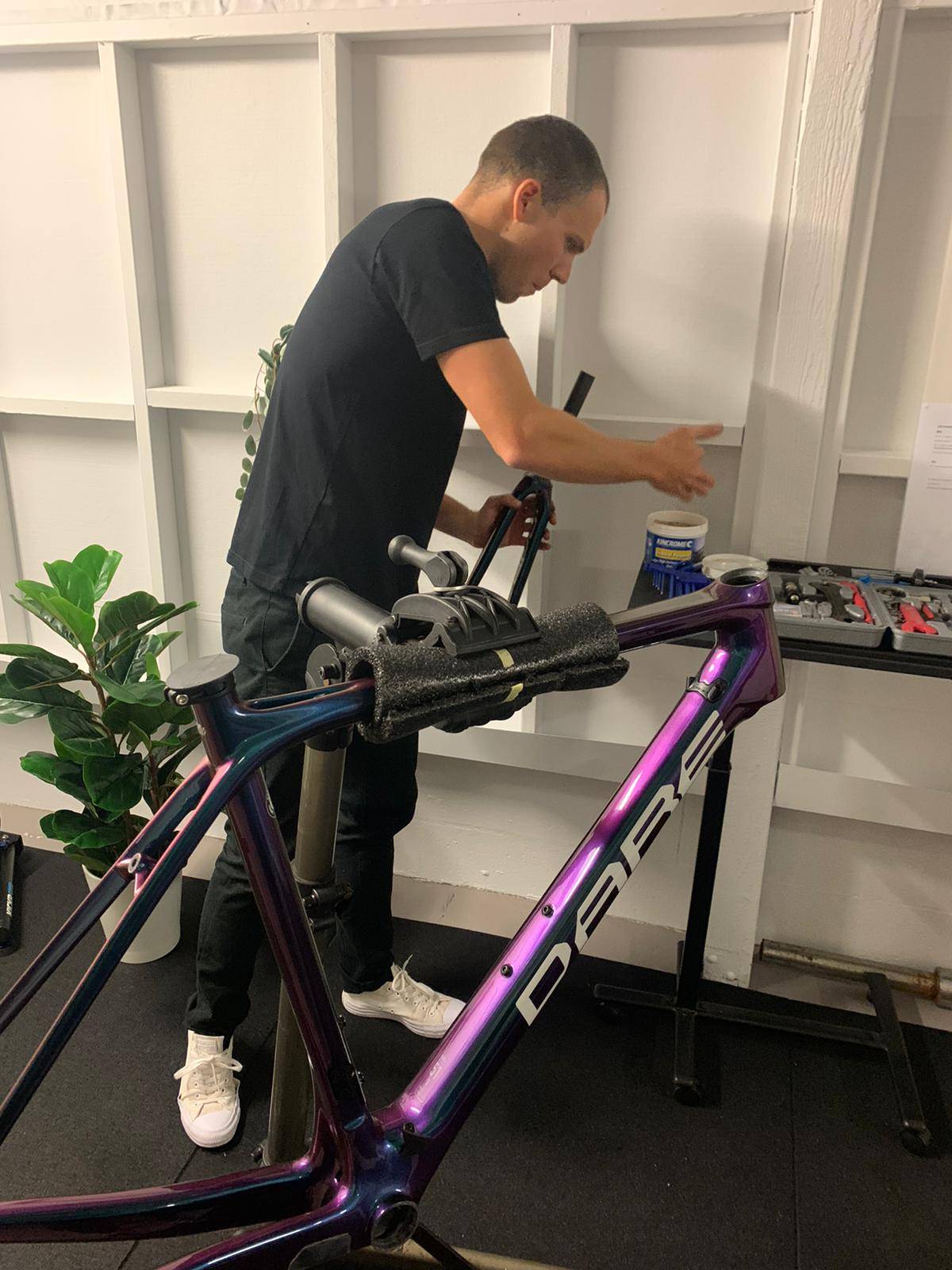